The Origins of 'Mesopotamia'

The name Mesopotamia originates from the Middle East and means ‘the land between two rivers’ - the original rivers were the Tigris and the Euphrates. Mesopotamia Station lies between the Rangitata and Forest Creek rivers and was named by Samuel Butler in 1860. 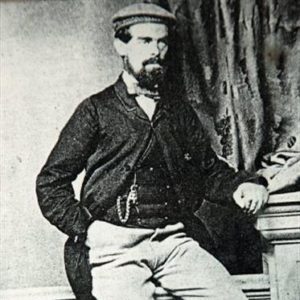 Samuel Butler, English writer and author of the satire 'Erewhon', is the most famous former occupant of Mesopotamia. He first lived in a small 'V' hut in Forest Creek and two months later he moved to the present homestead site. It is from that date in 1860 that Mesopotamia Station came into existence.

“I went up my mountain in a fog, and then got above the mist; going higher and higher, I would look down upon a sea of whiteness, through which would be thrust innumerable mountain-tops that looked like islands. I am there now, as I write, I fancy that I can see the downs, the huts, the plain and the river bed – that torrent pathway of desolation, with its distant roar of water, oh wonderful! Wonderful! So lonely and so solemn, with the sad grey clouds above and no sounds save a lost lamb bleating upon the mountain-side, as though its little heart were breaking.”  Erewhon, Samuel Butler

You can visit the remains of the original homestead and see some Samuel Butler memorabilia, and then wander up Forest Creek to see the original 'V' hut site.

Other notable owners include the brothers General and J.R. Campbell and George McMillan. Malcolm Prouting bought the Station in 1945 and it is still owned and managed by the Prouting family.

The 'Mesopotamia Logo' was taken from the original stencil which was used to identify every bale of wool which left the station to be sold at auction, originally in England and later in Christchurch, New Zealand.
The stencil has been replaced now by modern nylon labels but the original stencil still hangs in the entrance hall of the homestead.
The candlestick Logo was the original candlestick brand used on all the cattle and sheep belonging to Mesopotamia. This was used as far back as the 1860's by Samuel Butler. The very original brand is kept in Christchurch Museum, NZ.

‘A Fabled Land’ by Bruce Ansley and Peter Bush’s photography, reflects on the Prouting family at Mesopotamia. Copies can be obtained from Paperplus and Whitcoulls.